Cross my Heart and Hope to Spy by Ally Carter 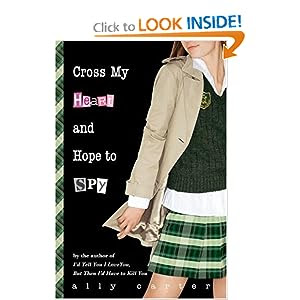 Cross my Heart and Hope to Spy

by Ally Carter
I spent a pleasant evening reading this sequel to I'd Tell You I Love You, But Then I'd Have to Kill You
Every writer I read influences my style in some way, and Ally Carter's fun-loving parenthetical style has been a welcome addition to my compilation of voices (I sound schizophrenic when I say it like that).
To use her narrator's favorite break-down method:
Cross my Heart is A) easy to read, B) very "now" popular culture, and C) surprisingly addicting.
The books are about a spy school for girl geniuses that the local town thinks is a boarding school for stuck-up heiresses. Gallagher Academy is a world all its own, like Hogwarts School of Witchcraft and Wizardry, complete with textbooks like 101 Classic Covers and the Spies Who've Used Them, and classes like P & E, Protection and Enforcement instead of P.E. These little details immerse the reader in another reality, one where teenage girls are capable of more than simply taking care of themselves. They're protecting national secrets. Though there is danger and intrigue on every page, the romance is what left me feeling somewhat giddy. The way Ally Carter pulls this off is by keeping characters true to themselves in everything they do and say. Characters like Zach and Bex kept me laughing, and Cammie Morgan's first-person narration was never boring.
The plot was twisty enough without seeming forced, as some spy fiction does. I will definitely continue to recommend Ally Carter's books to my friends and family. I look forward to reading Don't Judge a Girl by Her Cover and hope to see many more titles coming from Ally Carter in the future.
Brilliance by Katrina L. Lantz at 9:28 AM 0 comments 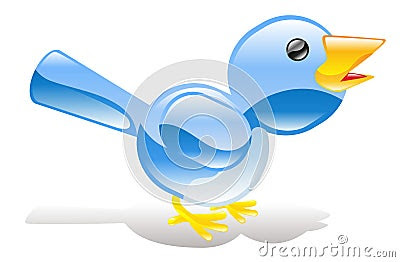 I have to admit, I was slow to join the tweet-train, but now I probably spend more time reading links from twitter and/or re-tweeting my favorite posts than I do on facebook and in emailing combined.
Not as one-track as it seems:
I had been under the impression, when first invited by my dad about a year ago, that twitter was yet another place to post a status update, like myspace and facebook--except without the rockin' sense of community. I thought, "Why do I need another place to talk about myself? This is getting out of hand!"
It was the popular media that finally brought me around to take a deeper look. I'm a Twilight Saga fan (well, more of a Stephenie Meyer fan, really), so I frequent www.eclipsemovie.org, which has all the most up-to-date info on everything Stephenie Meyer, with a special emphasis on the films, of course. After seeing a few headlines about "David Slade Tweets Filming Complete," etc., I realized that twitter was being used effectively in shameless self-promotion. Isn't that what every author needs? A platform for frequent and shameless plugging! It was brilliant. So I re-signed-up for twitter, deleting my old account so I could target my profile to other writers, agents, publishers, and readers. (And just for fun, I added a second twitter account so I could post wilderness survival tips, my secret hobby.)
In order to be effective as a self-promotion tool, it had to be just a tad more connected than a simple status-updating tool. And I discovered that it was!
My discovery of mentions and hashtags:
This is where it gets really cool! While reading a Writer's Digest blog called Poetic Asides, I discovered Poem A Day, which happened to coincide with nanowrimo. In my super ambition, I decided to do both (until my computer crashed and I lost all my work #sadbuttrue). This blog gave me my introduction to hashtags, the method twitter uses to categorize posts by topic, using the # symbol. On twitter, clicking on a hashtag takes you to everything posted recently with that same hashtag. Mentions are simple, too. @person takes you directly to their profile page where you can see a small bio, find links to their webpage, and see what types of tweets they post. If you enjoy posts by a certain person, you can mention them by putting their name (@person) into your own tweets.
This isn't meant to be a comprehensive how-to for twitter. Most of it, I believe, is pretty intuitive anyway--just a matter of playing around with it.
My point is to exclaim over the ease of slipping into a public conversation on #globalwarming or #writing, or to find @peoplewhosharemyinterests. It's a fabulous, though imperfect, system. Through it, I've been able to connect with agents and publishers who constantly post advice, industry trends, and funny stories in 140 characters or less. I've met up with other writers, people who share my religion and political beliefs, and been able to legitimately stalk celebrities. Seriously fantastic.
If you haven't jumped on the tweet-train yet, here are a few reasons you should:
1) Publicity
2) Community
3) Education
4) Entertainment
I said a few, not an exhaustive list! So there they are. Happy tweeting!
Tweet with me - that's katrinalantznov
Tweet with my alter ego - that's wildsurvivegirl
As always, collaborate with me at WEbook.
See you around the web.
-Katrina Lantz (katrina.lantz@gmail.com)
#pubtips
#writechat
#scribechat
#writing
#scifi
Brilliance by Katrina L. Lantz at 9:25 AM 0 comments

Editing adventures and a question of GORE-not that one 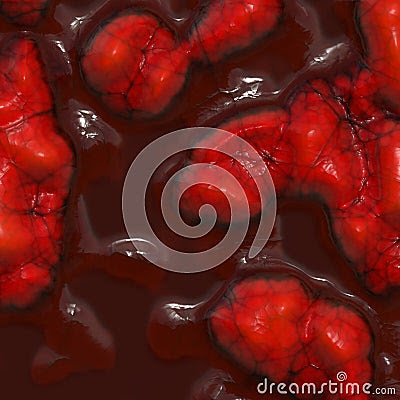 Tonight, I spent three hours reading and line-editing the first five pages of a friend's scifi novel. This guy's got skills, so it was a pleasure...except for the part that gore-d me out. At least this morbidity drove the storyline and had a point.
After all the Bones, CSI's, and even medical dramas like House, I'm getting wary of the "gritty realism" that gives me nightmares and/or alternately keeps me up for many sleepless hours. Is it necessary? Huh? Dan Brown, I'm talking to you.
When is gore necessary to fiction? When is it gratuitous? Can writers tell the difference? Can readers?
I'm interested in your point of view. Do you think GORE has its place in literature? Or do you believe--as I lean--that sex and violence are the tools of poor salesmen? Ha! Incited yet? Answer in the comments section.
Brilliance by Katrina L. Lantz at 12:28 AM 1 comments

I just discovered the Six Sentences (6S) social network on ning.com. Tell your story in six sentences. I've done three 6S stories, and it's unexpectedly addicting.
My Page
http://sixsentences.ning.com/profile/KatrinaLantz
The Blog
http://sixsentences.blogspot.com/
Members are friendly and encouraging of each other. Superb online community! 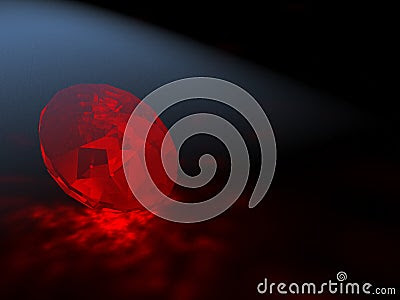 Dumb Museums:
In retrospect, maybe I should have left that giant ruby where I found it. It didn't have a name on it or anything, but I should have known it belonged to somebody. After all, rubies that big don't polish themselves and settle into velvet cushioned pedestals.
On the other hand, putting something so valuable out in public as if it were a magazine rack....I mean, anybody could have made my mistake. The police didn't really need to be so rough. 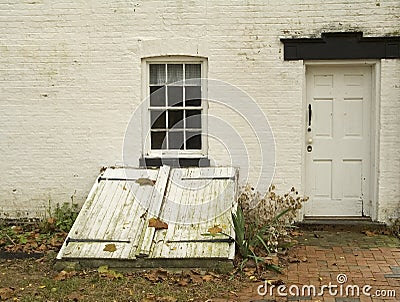 Survival? Overrated.
She was the last person I would have picked to accompany me on my proverbial desert island.
All through middle school, she made my life miserable.
I was relieved when our tiny school flowed into the giant local high school, and I could become anonymous at last.
But she insisted on keeping in touch, moving to the same towns, going to the same university.
Now we were trapped in a basement bomb shelter, together with four toddling boys, my food storage, her kids' electronic toys--and not a coconut in sight.
When the basement hatch was axed open on day 57, I didn't care if our discoverers spoke Russian, Chinese, or American...as long as they didn't have batteries for her sons' Tickle Me Elmo. 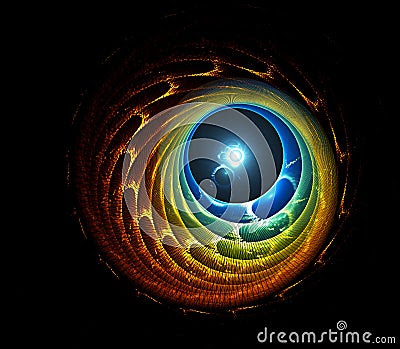 Astral Break
One moment, he stood above his body, anchored by nothing but a silver strand of light. The next, he vaulted through space, completely detached. What went wrong? He remembered what the guru had said: "Focus on that connection until the astral cord becomes thin and pliable." Great, I'll never get to date the guru's niece now.
Well, now I'm off to work on Drats! Foiled Again! I could write sixes all day, but my novels aren't going to write themselves. I hope you enjoy the 6S network as much as I have.
Brilliance by Katrina L. Lantz at 9:37 AM 0 comments 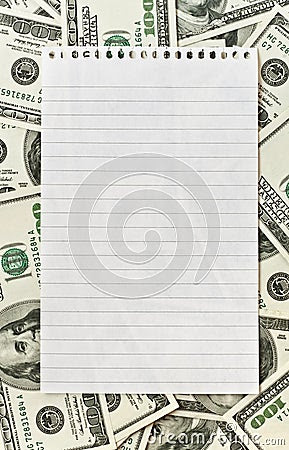 Is my current project a pot-boiler just because I'm hoping to pay off family debt with it? I guess it can't really be called a pot-boiler until it's published and brings in some money. :-)

But since this is the first project in which I've really tried to follow agent and industry guidelines/trends, you could say it's fully commercial. Since I've always been a literary fiction kind of gal, I should probably be ashamed of that label. Oddly, I'm not. From everything I've learned in the past year and a half of lurking on agent blogs and writing workshops, I've come to accept that the publishing industry is looking for specific things. Does this mean I can't write my heart and soul onto the page? Maybe a little bit, but not really, no. It means that I had better be willing to revise, revise, revise, until my work meets industry standards. And it also means that my first three novels will probably never see the light of day.

Those are my musings for the day. Thank you to Twitter for connecting me with so many publishing and agency professionals. My education continues...
Brilliance by Katrina L. Lantz at 9:46 PM 0 comments